TV Series “Vikings” became the most successful project of the Canadian television channel “History”. Over the past five seasons, viewers have fallen in love with the harsh Scandinavian people performed by the actors of the show and imbued with the atmosphere of the gloomy Middle Ages. 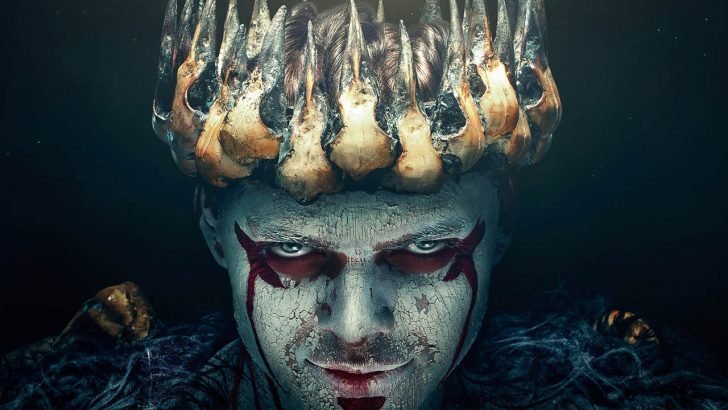 Luxurious decorations, expensive suits, fascinating plot – all this keeps millions of fans of the series in suspense, forcing them to count the days before the release of the new season. And it will certainly – according to the creators, the project was already renewed. Screenwriter Michael Hirst announced, that Vikings comeback with 6th season on December 4th, 2019 and began filming on the spring of 2018. There will be 20 episodes in new part of historical drama.

The main feature of the series is the reliance on real historical characters and events. In the center of the story is the majestic figure of the descendant of Odin himself, the brave Viking – Ragnar Lodbrok. After making a difficult journey from an ordinary warrior to a Viking leader, he conquers lands and peoples, performs legendary feats, but nothing human is alien to him: Ragnar has many sons ready to continue his glorious cause.

Action begins in Scandinavia in 793. A young ambitious warrior of the Dan tribe – Ragnar – was tired of the shortsighted decisions of the local ruler. Having enlisted the support of his brother Rollo and the ship builder Floki, he decides to hike in the lands of England. The long journey ends successfully: the Vikings return to their homeland with a rich booty. Ragnar’s position among the people is strengthened, he becomes the ruler of the Danes and organizes new raids on Northumbria. But betrayal awaits the young ruler from the closest person: Rollo not only wants his brother’s wife, he conspires against Ragnar with the leader of the Geth tribe – the Borg, an interminable conflict is brewing. 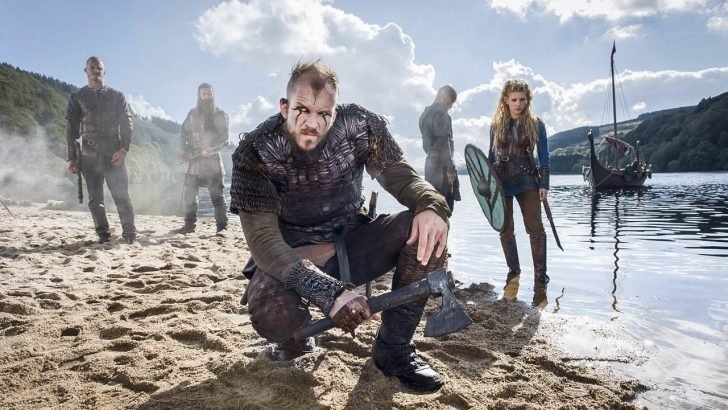 Second season was no less exciting: Ragnar, who had emerged victorious in internecine wars, decided on a new campaign – this time the lands of Wessex would tremble. His wife – Lagerta – leaves the warrior, taking his son, and becomes ruler of Hedeby. In the absence of the leader, the Borg seizes his land, but Ragnar, with the support of his ex-wife, returns the Kattegat, and then becomes a konung, killing Horik. Lodbrok suffers the first defeat from the combined forces of Wessex and Northumbria, but everything ends with peace: the Vikings were offered new lands in exchange for service.

In season 3, Ragnar and Lagerta fight on the side of the Princess Quentream, defeating the troops of her relatives victoriously. But in the warrior’s head a much larger idea is already ripening: the capture of Paris. The huge wealth that the victory promises unites around Ragnar even his enemies. In 845, the Vikings came out: a long siege ended in victory and plunder of the city. Rollo leaves his brother for the service of the French. 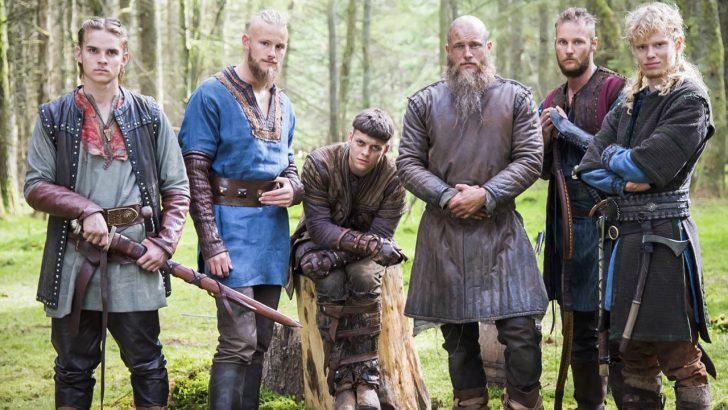 In season 4, Ragnar is seriously ill, the Kattegat management falls into the hands of his son Björn. As soon as the disease recedes, the indefatigable Ragnar commits a new attack on Paris. But Rollo defensively defends, resulting in the Vikings suffer a crushing defeat. His fellow tribesmen force Ragnar to leave the village, returning, he discovers that his younger sons have grown into men who do not feel anything for him except hatred. Still loves him only Ivar – a cripple from birth. Together with his father they make an unsuccessful attack on England, as a result of which Ragnar is executed. And Ivar, returning to his homeland, joins his brothers in a great raid on Northumbria and Wessex: the death of his father will be avenged.

In season 5, the sons of the legendary Ragnar, who have departed from government affairs, will be in the center of the plot. The triumphant victory in Paris and the conquest of England are pushing the Vikings to new raids: Bjorn asks Rollo’s help in conquering the Mediterranean.

Preview of the 6th season 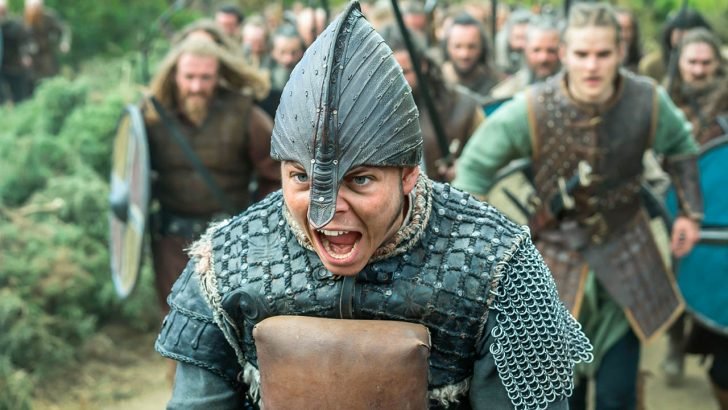 The creators of the series will introduce many new characters in season 6: one of the roles (Kievan Rus lord) will be performed by the russian actor Danil Kozlovskiy. In the series will appear famous historical characters: Alfred the Great, Ivars the Beskostny, the Vikings will make trips to Kievan Rus and Iceland. Floki and Bjorn will remain in the limelight, but Laggetta’s future in the project is rather vague: rumors are circulating that death awaits her in the new season.

The creators of the series filming almost all scenes at Ireland, and it is not surprising that directors of the “Game of Thrones” and many other large-scale historical projects went to the reserved places of this ancient country for the beautiful scenery. The favorite place for filming was Wicklow County, located 100 km from Dublin. The name of the county is translated as “Viking Meadow”, the place was predetermined for filming itself by fate.

One of the most spectacular scenes of the series – the conquest of Paris, for it were built unique scenery, the most ambitious in Europe. During the filming hundreds of stuntmen literally burned at work: they were really set on fire for the scene of taking the castle. The castle itself deserves special attention: all the stained glass and statues, each tile – is the manual work of the project artists.

Auditions is an important component of the shooting process, it is necessary to discern the possibilities and potential of thousands of candidates for the role. For the filming of the series “Vikings”, first selected performers of secondary roles, only then the creators decided on the fate of the main characters. Most of the cast have Canadian and Irish descent, all of them before work had to master the basics of fencing. 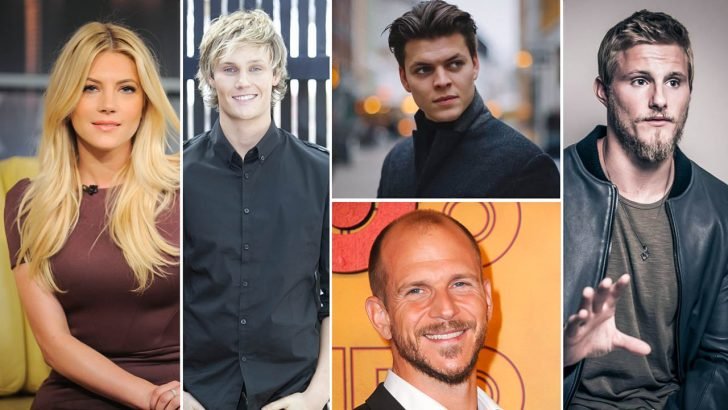 The role of Ragnar Lodbrok was approved by Australian actor Travis Fimmel. For the not-young Travis, this role became a real breakthrough in his career.

Clive Stenden brilliantly played the role of Ragnar’s brother – Rollo. Behind him the stunt past, which not only influenced the statement in the series.

Canadian actress Catherine Vinnik, who is familiar to viewers on the role of Lagerta, an unusual surname – she is real, the ancestors of the actress were from Ukraine.

Gustav Skarsgard became almost the only real descendant of the Vikings on the set – the performer of the role of Floki was born in Sweden, his height is as much as 193 cm.

When will the 6th season of the Vikings be released

Funny moments from behind the scenes