A post-apocalyptic drama based on comic series by Frank Darabont and Charlie Adlard having the same name is prolonged for the 9th season a week before premiere of seventh season. Read the further details of the show produced by AMC channel in our article. 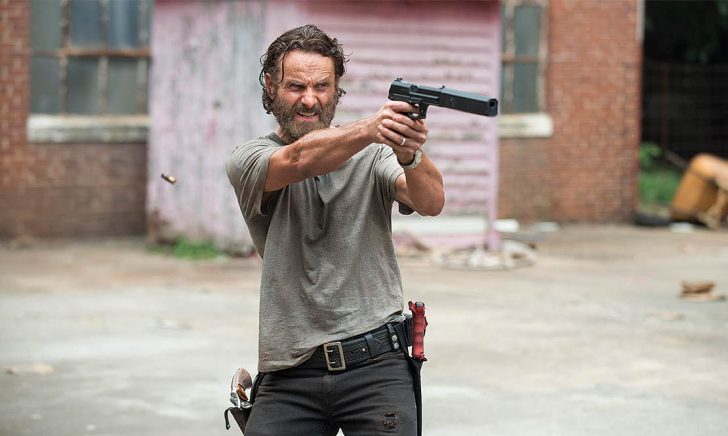 The debute of the 9th season of The Walking Dead is expected in October 2018. The continuing includes 16 episodes which will be shown till the spring of 2019. The exact date of extension premiere has been announced at the annual festival Comic Con which is held in the San Diego every year.

New episodes of zombie-drama will satisfy all fans of Darabont’s comics series. The fight for surviving in the world, which was perished by the disastrous virus, continues. Rick Grimes’ group of survivors faces new difficult obstacles. There is no peaceful co-existing with other people as resources are declining every year.

Primarily the actions take place in the city of Atlanta, Georgia. The sheriff Richard Grimes wakes up after a long-lasting coma, in which he has got because of the serious wound. But his awakening isn’t caused neither by medicine nor doctors’ care, but by a noise after the chaos and global upheaval in the city. 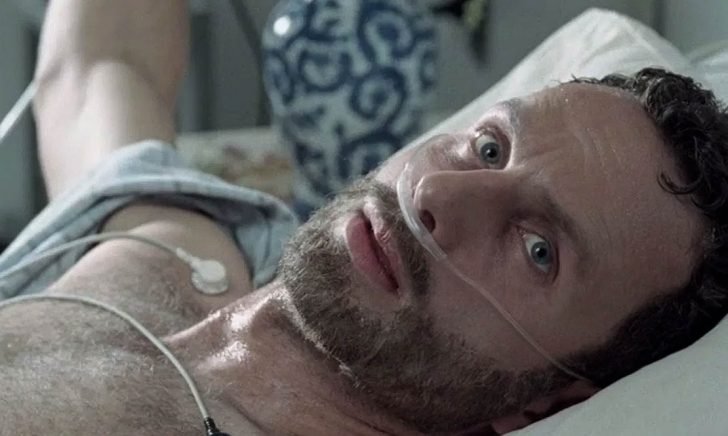 An outbreak of an unknown virus has turned the majority of the population into empty-headed walking dead. The only thought in their minds is to kill others, non-infected people. Carrying a revolver Grimes starts searching his people – son Karl and wife Lori. The world is full of unexpected threatens, that’s why it’s almost impossible to survive alone. As a result, Rick finds some persons similar to him and joins them together. They all try to escape from the city. They succeed in finding the relatives of ex-sheriff. As it turns out, ex best friend of Grimes, Shane Walsh, has been taking care of them. 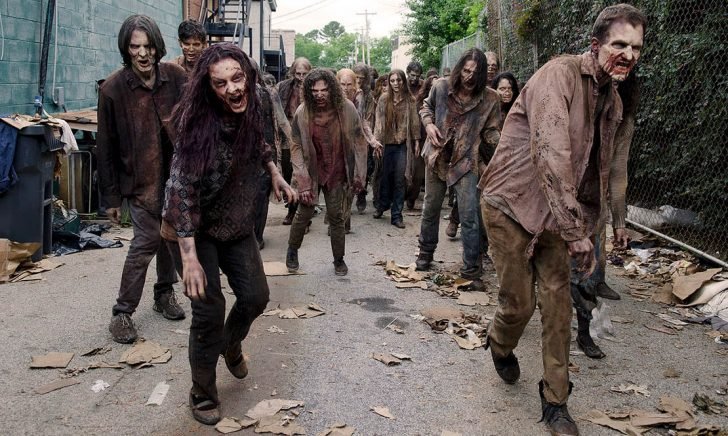 The main action occurs between protagonists. The survival of a mankind is withdrawn to the background. Richard’s wife is turned to have been seeking for the shelter for half a year. Shane helped her in the searches and fell in love with her in his friend’s absence, as he was sure of Grimes’ death. But it’s not the main problem of the characters – Lori carries a child of Walsh. After husband’s returning she leaves his fellow as well as Shane. With a group of other survivors they wander through the state of Georgia to find a hole from the destruction envelope. At first, they are sure of militaries solving the situation and “repairing” the world soon. That’s why they head for the military base Fort Benning to find a shelter of governmental organization. The virus turns out to have reached the base already and almost nothing left from erstwhile civilized and developed state – the USA. The main characters escape from the militaries and encounter the farm of Hershel Greene on their way where they meet new survivors and shelter. But the host doesn’t allow them to stay long. So Rick hunts out an abandoned prison where they build their own camp after sweep operation. 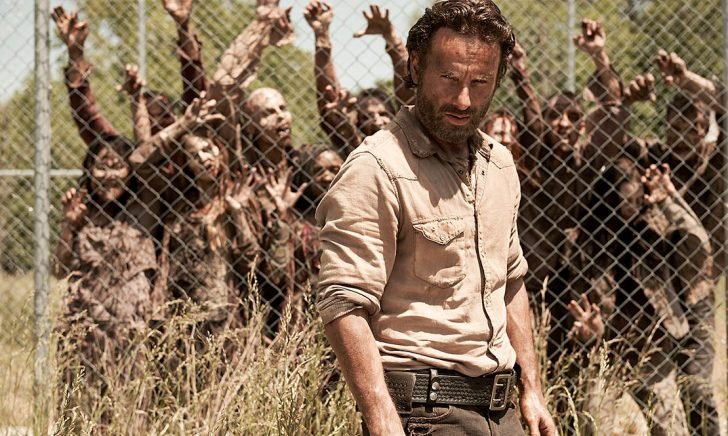 Hope for salvation appears when they see a military helicopter flown over their base, but it crushes soon after. Rick decides to seek for the pilot and crew to find out where they have come from and what is happening in the country. On his way he encounters a huge camp inhabited by non-infected people in Woodbury, which is 70 km far from Atlanta. The town under the rule of governor invites people stably and organizes the defense with the help of weapon which has been found in the military base nearby. But Richard and his fellows are not able to live along with the native population, as the head of the town rules sharply and unfairly. The wish to adjust relationship leads to an open conflict and people of Woodbury begin attacking the survivors from the prison. Thus, both sides remain without any shelter and with a great amount of casualties. Grimes sets out in search of a new dwelling…

The group of survivors has split up, but still seeks for the city of Terminus following the railroad. All main characters meet inside of this organization and in the first place see no danger. As soon as the characters have been disarmed, they get to know a dreadful secret – the inhabitants of Terminus are no other than cannibals. They find some survivors thereabouts in order to eat their flesh. With the fight the remains of Grimes’ group save their companions. Besides, a military truck driving by the scientist Eugene Porter gets into their party. Eugene shares the idea of a cure against the virus situated somewhere in Washington State. His fellows, Rosita and Abraham, desperately try to reach the destination to seek escape from the zombie hell. But Eugene’s lie discloses soon – there is no such medicine, and he has only tried to save his life pretending a doctor. 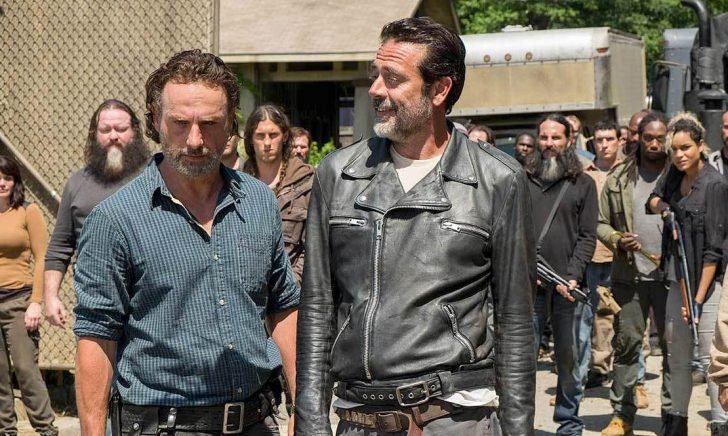 Seeking for any safe shelter Grimes hunts out Alexandria. Its engineers have erected a huge wall from the walking dead. The inhabitants of this settlement practically did not have to defense from other survivors and zombies. They gladly accepted Rick and the remnants of the survivors. But with the arrival of the protagonists, murders began in the province, which almost completely exterminated the community. But this is not the worst thing appeared with them, the group of “Saviors”, which controlled by Negan, learn about them. This villain becomes the main antagonist of the seventh season and forces all survivors to give their own supplies and look for new ones under the threat of death …

Preview of the 9th season

In an interview with actor Jeffrey Dean Morgan, it became known that the storyline with the undefeated Negan does not end. So, in the new episodes of the fantastic drama, Rick Grimes will have problems with this villain who has drunk a lot of blood from the heroes of the show throughout the seventh part of the zombie series. But the ex-sheriff is going to solve this problem together with his friends, whose numbers are increasing every day. Is this enough to resist the army of an evil genius, or will the survivors only bear unnecessary sacrifices? About this will tell the eighth part of the AMC TV series… In addition, the plot appears a new acting force – “The Whisperers”. This organization believes that humanity has deserved the fate of death and is trying with all its might to eliminate the remnants of civilization.

The creation of the TV show is mainly engaged by Frank Darabont, who in one person is a director and co-executive producer. The shooting process takes place on the territory of Georgia (however, as described in the scenario). Actors who will take part in the 8 season, will go to the site in May 2017. The creation of a full 16 series will take seven whole months – the final will be shot after the premiere of the new season, in November.

Actors from one of the most popular TV shows at the AMC channel – Andrew Lincoln (Rick Grimes) and Norman Ridus (Daryl Dixon) receive 8 million dollars for each episode!

The TV Drama won awards for acting roles at the “Saturn” film festival four years in row, from 2011 to 2015. Nominated for “Golden Globes” and “Guild of actors” 4 times. But more about the popularity of the project say ratings – which from the 2nd to 6th season only rise. Last four years “Walking Dead” was one of the most popular TV Shows in the US with an audience of 10+ million people for each episode. But in the seventh season, the creators of the project began to experience problems – the ratings began to decline. Many journalists associate this with the appearance of the Negan in scenario and the numerous killing of the characters of the first plan.