Millions of fans of the original TV series «Charmed», which came out in 1998, waited for this project. The world held its breath hoping to go back to their childhood and to become a part of the mystical adventures of the chosen sister witches. The remake of the TV series “Charmed” has become one of the most popular projects of the decade.

The original show was extremely popular: for the whole 8 seasons fans of the series enjoyed the interesting plot and unprecedented for its time visual effects. The first season of the «Charmed» reboot series was on everyone’s lips and without hesitation it was given a 2nd season which you will be able to see in October 2019.

The awful tragedy happens in a loving family: the mother of two daughters is found dead. After that horrible night the sisters struggle to find out who killed their mother. But what is happening around distracts them from their main aim: the sisters are surprised to find out that they have supernatural powers. They are the chosen witches whose purpose is to protect the world from the darkest demons.

Hilltowne is a small town in the USA where, at first sight, an ordinary family lives. Marisol Vera brings up two daughters alone – from the childhood she has taught them to be friends and to be close despite all the differences. And there are lots of them. Melanie is an outspoken lesbian activist, she is brave and imperturbable; she is a zealous feminist and a social justice warrior. Her deliberate sloppiness and coldness, some closeness is result of a serious offense cause when she was a teenager. Maggie is very young, she is an emotional and naive 18-year-old girl. She has a great sense of humor which she is ready to use even in the most serious situation. She is a cheerleader, participates actively in the university’s events and dates the most handsome guy – Brian.

The slow-paced life of the Vera family changes overnight: once the girls come home and find their mother dead. She fell off the window of the 2nd floor and that was fatal. The girls are confused: the police can’t find the traces of the criminal but her daughters don’t believe that their mother killed herself. Mel is literally obsessed with idea to find a murdered, she can’t eat and sleep and it scares her younger sister Maggie. Soon unexpected news attracts their attention. Macy Vaughn – a new employee of the University comes to Hilltowne. She is keen on studying genetics and she didn’t hesitate when she was offered a job at the university of this provincial town. Her boyfriend Galvin comes with her.

And she decides to do that not because of the career: the young woman knows that she was born in this town and her mother, whose photo she has kept since childhood, is the only chance to find a family. Macy finds a house from the photo and rings the doorbell – that’s how she meets her younger sisters Mel and Maggie for the first time. The girls try to get on with each other but strange things start happening around them. Macy notices that she can move objects with the power of thoughts, Mel finds out that she can stop the time and Maggie suddenly begins to hear people’s thoughts.

Suddenly a university teacher Harry Greenwood comes to a rescue. He turns out to be a Whitelighter. He explains the girls that their destination it to fight with the evil powers – dark demons which will soon start hunting white witches of the Vera family. Trying to teach Mel, Maggie and Macy to handle their powers, he also helps them to get on with each other. But evil doesn’t sleep; the girls will have to wage an all-out battle with the powers of evil long before they will be ready for it.

Preview of the 2nd season 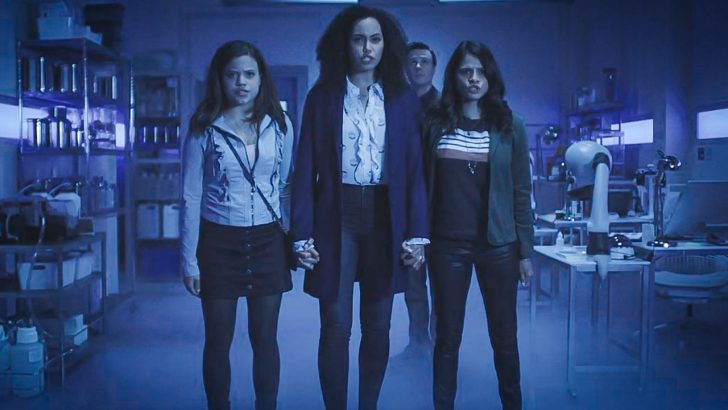 In the 2nd season apart from fighting the demons, sisters will have to deal with their personal dramas: the relationships of Mel and the police officer Nico Hamada resemble a roller-coaster. Mel can’t force herself to trust her girlfriend and Nico will have to make an effort to break the ice. Everything isn’t perfect between Maggie and Brian and Macy and Galvin. Their boyfriends don’t understand where their girlfriends disappear all the time. One of the lads will have to pay dearly for his curiosity.

Full of demons and supernatural forces, Hilltowne will be played by the Canadian mecca of the American film industry – Vancouver, which was a home to dozens of famous TV projects. Right here the film crew found the mansion of the Vera family where the bulk of the series’ events will take place.

The facade of the mansion wasn’t changed but the decor was chosen from scratch: there appeared lots of vintage things and magical equipment. A special attention will be paid to the Book of Shadows – the producers of the project decided to create a new version, rather than resort to the one that was used in the original «Charmed».

The cast is an important part of the series’ success. This is a hard and patient work, the result of which is positive emotions of the viewers. What is the most difficult for actors playing in remakes is that their acting will always be compared with the original. Young talents of the 2nd season of «Charmed» will have to do their best. 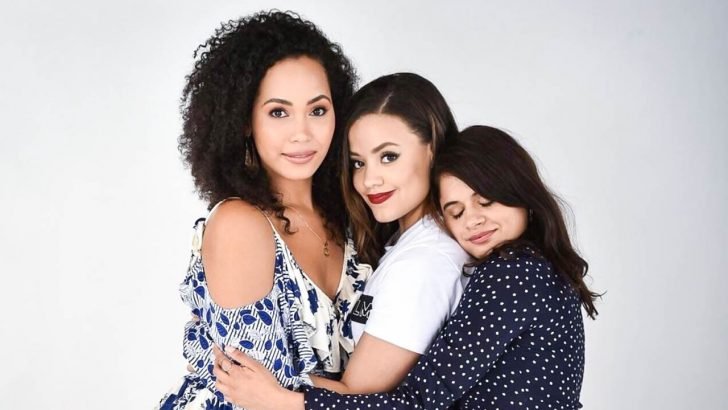 The part of the older sister Macy whose power is telekinesis was played by the British actress Madeleine Mantock.

American actress Melonie Diaz plays the Piper’s successor – Mel, the time master, she is the middle sister. She is older than her screen relatives.

The image of the youngest witch Maggie who can read your mind was brought to life by a Canadian actress Sarah Jeffery.

A strong half of humanity in the series is represented by the British actor Rupert Evans, who became the mentor and guardian of witches – Harry Greenwood.